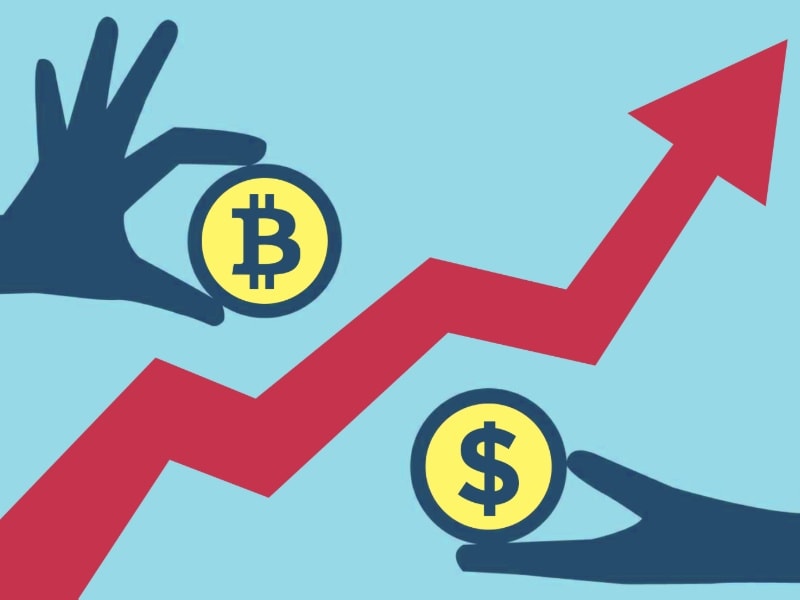 Why Bitcoin and Gambling is a Winning Combination

As a US resident and someone who enjoys video poker, I’ve tried to deposit $20 or $30 into a player’s account at a few online casinos that allow for us American players. The first time out, I tried to use a debit card. No luck. So, I switched to a credit card and got the same negative result. I tried a different casino and was actually approved this time for a small credit card deposit of $25. Score!

I thought I was all set and had my goto website for whenever I felt like playing for an hour or two. So, the next week, I tried the same casino and the same credit card. The result this time? A big whopping “not gonna happen.” Now, I certainly had experienced trying a transaction when I was close to my limit, but that wasn’t the case. I had plenty of room available, especially for such a small amount.

It doesn’t make a lot of sense to me.

Number one, it’s my account and my authorization for transferring my money. Number two, the amount was so small, how could it possibly send up any red flags?

Well, for Americans and even for players around the world who are at the mercy of individual banks and credit card providers, our decision to purchase is actually not ours at all. It’s decided by financial institutions and by the way that their codes are set up for particular transactions. It’s hard to figure out why one card would work one week and then be declined the next, and it can be quite frustrating.

In doing research on online casinos and sportsbooks, it’s apparent that the players are there. They’re betting, and many of them are betting big! We’re not talking about $25 here and there; some players are wagering hundreds if not thousands in one shot.

So, where is the money coming from if depositing is so challenging? How are they getting their account funded when banks can make it such a difficult if not impossible task?

There are a few options like money transfers and money orders, but I want to talk about Bitcoin as it’s an attractive alternative. I’ve been learning more about it, and some of my discoveries might be helpful to you if you’ve run into the same issue with your bank or card transfers being declined.

What the Heck is Bitcoin?

That’s what I said just a short time ago.

Bitcoin is unlike anything else. It’s a cryptocurrency, and it’s not tied to any geographical or financial institution and, therefore, is not subject to any of the rules and regulations that come with traditional banking methods.

In a way, Bitcoin is like a stock in that its valuation fluctuates with supply and demand. Going back to 2012, just five short years ago, one Bitcoin could be purchased for $4.60 (USD). The current market rate at the time of this writing is just over $2,800.

Bitcoin operates on a peer to peer system without any intermediary, and the concept is about as basic as it gets with straightforward money in and money out transfers. You’ve probably heard that Bitcoin maintains anonymity for its users and that’s because it operates like virtual cash.

Let’s say you go to your corner store and buy a loaf of bread for $1.29 cash. You pay the cashier and leave the store with no personal information exchanged whatsoever. The store doesn’t know your name or where you bank, and you don’t know its information either because it won’t appear on your bank statement.

You’re not providing your name, address, or even a username or a password. It’s a wallet to wallet transaction.

Who is Overseeing Bitcoin?

I’m not a Bitcoin expert, and I don’t want to get into a lot of technical information that I may recount incorrectly. After all, this information is to help you fund an online gaming account and not provide you with a current events lesson.

If you’re like me, though, you may be curious as to where it all started and where this crazy cryptocurrency comes from without gold or government backing.

On the start up and technical end of things, Bitcoin originated through miners. I had heard the term Bitcoin mining, but it didn’t make a lot of sense to me. In essence, though, I learned that Bitcoin miners are like computer programmers that receive Bitcoin in exchange for keeping ledgers of transactions safe and secure.

Bitcoins are exchanged through what is called a “blockchain” that, in layman’s terms, is a ledger. It is a simple listing of debit and credits between Bitcoin wallet holders. These blockchains need to be continuously sealed off allowing for a new chain to be started and kept secure.

The blocks are fastened off by what’s known as a “hash, ” and it’s developed by programmers or miners. This consistent reprogramming is what keeps Bitcoin transactions safe and secure. Anyone can mine if they have the skills, and successful miners who do seal off a block receive 25 Bitcoins for their service.

Enough of the Technical stuff, How Can You Buy (or Sell) Bitcoins?

It’s no longer necessary to be a Bitcoin miner, which is a good thing or many of us would be excluded from investing in this new type of currency.

There are now Bitcoin exchanges worldwide. They each have some different rates and ways of purchasing or selling Bitcoin, but there should be something that will accommodate most everyone.

I, personally, use Coinbase as it’s the easiest in my book. I was looking for something as uncomplicated as possible, and Coinbase fit the bill.

You can link a credit card, debit card, or bank account to Coinbase and then initiate buying or selling Bitcoin in different currencies. Once your account is set up and you have a Bitcoin wallet with a dedicated address, a transaction takes a matter of seconds. There is a weekly limit imposed and a flat exchange fee of 1.49% using a bank account, or 3.99% for credit cards.

Other exchanges have different rate structures, and you’ll find some to be higher, and some will be more competitive. It also depends on the currency you’re using for your transactions.

Once you make a purchase, you then have your designated amount of Bitcoin in your wallet and can buy from anyone who accepts Bitcoin. It is becoming more popular with online casinos and sportsbooks as it does make things so much easier for players to deposit and withdraw without having to “get approval” from a third party.

How to Use Bitcoin for Online Betting Accounts?

Once you’ve got your wallet set up and you have some money to play with, the rest is a piece of cake. In fact, once you make your first wallet-to-wallet transfer, you’ll probably be hooked as it’s so easy and fast to send or receive money.

As long as the site accepts Bitcoin, it will have a Bitcoin link to use to make your transaction. You can set up your account for a one-click transfer by linking your wallet account to the casino’s but, the first time you use the service, you’ll probably just need to copy and paste the casino’s wallet address into your Bitcoin account.

For withdrawals, the process is the same in reverse. You’ll provide the casino with your Bitcoin wallet address, and they’ll transfer to you.

Wallet providers can also accommodate withdrawals back to your bank account or credit or debit card to make things easy for you, but there are also some Bitcoin ATMs now in certain areas. They’re not popping up like regular ATMs, but you may be able to find one in your location if you’re lucky.

I will say that the one thing that is a bit misleading regarding Bitcoin is the anonymity issue. Online players have touted the benefits of using it as it does keep their bank information separate and private from the casino or sportsbook operator.

Unless you’re a Bitcoin miner, though, you can see how it’s not entirely private. You’re using a debit, credit, or bank account to purchase your Bitcoin, to begin with, so your information is on file with the exchange or wallet provider.

Now, of course, your personal stuff isn’t being shared with anyone that you pay using your wallet funds, but to say it’s an entirely anonymous currency would be inaccurate.

There Are Benefits to Bitcoin

Once you become familiar with the process, you can see how it’s such a no-brainer for use in conjunction with i-casinos. You’re not limited by your geography or by your bank restrictions and regulations. Bitcoin isn’t widely accepted as yet in some places like the UK, Asia, and Australia, but bookmakers and casinos that allow American and Canadian players are apt to offer it as an option as it’s one of the quickest and easiest ways to get the money in play.

Top Five Reasons to use Bitcoin for betting account funding: