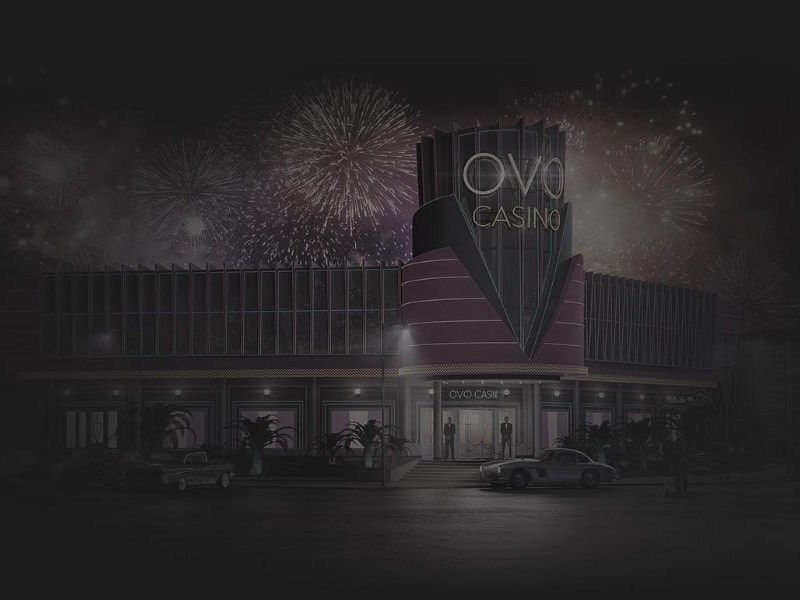 OVO and Quasar have left the German online gambling market for individual Federal States and have not been available for players from Baden-Württemberg, Bavaria or lower Saxony for some time. I would like to show some guesses about the background and some Alternatives to ovo and Quasar Casino here.

OVO as well as Quasar are operated by Quasar Limited, a Maltese company founded in 2001 and launched online in the following year. After Stargames, which has dominated the Online gambling market since 2002, it was the first two major online Casinos that were also allowed to offer Novomatic games for German Online players.

After the hustle and bustle around the Paradise Papers in November 2017, which the Gauselmann group had taken with their mercury Games as a reason for withdrawal, Novomatic moved on 1. All Novoline games were removed for German players and Stargames was closed. The Novomatic group pushed the criticism in the media of mercury, and the group of companies, but economic interests played a much larger role. I had already described in January 2018 that the online business was ultimately not as profitable for Novomatic as the Offline slot Business, and I was afraid that the players were going to compete slowly because games from Play ‘ n GO, Big Time Gaming, Thunderkick or Push Gaming offer similar or better profit potential And became more and more popular among Online players.

At innovations neither Novoline with the software manufacturer green had a tube of mercury with the software manufacturer Edict. In particular, the mercury games were poorly implemented online, but also the Novoline Games could not attract as many players with the classic Sounds and the old game principles. It was not surprising that one would consider withdrawing from the market if one had a specific reason. In the end, one has lost more players from the casinos and especially gaming libraries to the Online Casinos, which then have searched there in part other Games, with which the classics could no longer compete.

Why are OVO and Quasar leaving the German market now?

The unique selling point of OVO and Quasar was over the years the Novoline games. Although you have still tentatively NetEnt-or EGT-Slots offered, but Book of Ra and co. always made up the majority of the game Scope. Some of them were even offered as Bingo or Jackpot versions. With the researcher or the Lucky Lady you had promoted new customers – that was no longer possible from 2018.

After the withdrawal, the Casinos have once again tried to make the gambling offer more attractive. They have integrated Play’n GO and promoted it with the researcher of Rich Wilde and the Book of Dead. In order to be able to offer games from German play halls, Bally Wulff was then integrated. The offer has also been extended to include a Live Casino with Blackjack and Roulette. Nevertheless, one is currently providing the Service for some German Federal States.

What are the specific reasons for stopping the game operation
According to the information we received, the offer for important German Federal States has been abandoned from a strategic point of view. Ultimately, the Management of the Quasar Limited expects regulation of Online gambling in Germany. So that you can present when applying for a concession, a white vest, currently in use in many Parts of the game – ultimately, one is interested in the German market, but especially an eye on the future, because currently the balance sheets for the German market looks rosy.

In lower Saxony, for some time now, one wants to drive the regulation of Online gambling, meanwhile, the Greens in Bavaria and especially Baden-Württemberg also make pressure, that finally a solution is found, which regulates gambling on the Internet. Nevertheless, it remains to be seen when political decisions are finally taken and recorded.

Despite the inclusion of the new software providers, sales figures are expected to have declined. Some data show that players have implemented at least 40% less per month this year than in 2017. With the Novoline Slots the players have gone.

This is why the Management is currently focusing on the Finnish and Swedish markets, and in Germany the game operations for Baden-Württemberg Bavaria and lower Saxony have been discontinued. It is still not planned, that you would like to stop the game operation throughout Germany.

What is missing now without the two Casinos?

Surely there are still a few players at the Casinos who have certainly enjoyed playing there, because they had become accustomed to the Design and Layout. In the field of game selection you have to miss nothing, because other Casinos offer the same Games.

EGT Slots can still be played at SlotsMillion. NetEnt and Play’n GO games are almost everywhere, since you can select any Casino from the Casinosss Top 10 list. Bally Wulff Casinos are not so easy to find, but since the beginning of the year are becoming more and more numerous. Sunmaker, Platincasino or the CherryCasino would be mentioned here.

Most vendors also provide better bonuses than OVO and Quasar. Only remember that the providers had limited the payout Of winnings from bonus money to 1 to 5 times the bonus amount. In November I had briefly discussed the bad Novoline bonuses.

What are the Alternatives to OVO and Quasar Online Casino?

There are now significantly more attractive online Casinos that have better results in terms of customer friendliness and game selection than OVO and Quasar. In the following table are presented 3 good and recommended online Casinos, which I would prefer at any time the two providers: