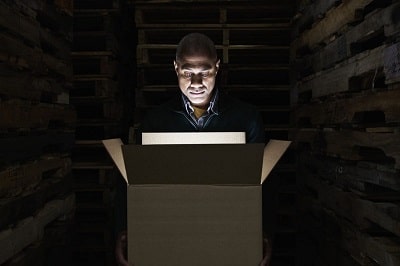 The Youtuber Jake Paul and Bryan “RiceGum” Le are currently under heavy criticism. They make for Mystery boxes to the website mysterybrand.net advertising. There you can buy boxes of unknown content for a fixed price. To open the boxes virtually directly on the page and either a high-priced profit or a cheap rivets.

Mystery Boxes seem to be the new Hype, at least with some YouTubers. On the websites like mysterybrand.net or mystery-boxes.com but also on Ebay you can now buy such boxes. Sometimes you can choose different categories, such as women, men, gamers, Apple products or clothes.

In this case you actually buy the cat in the bag. Some websites like mysterbran.net go even so far that you can open the” boxes ” online and return the content again against a fraction of its purchase price.

The Youtuber Jake Paul and Bryan “RiceGum” Le had made advertising for the English-speaking world and are now falling sharply in the criticism. For many spectators, the Mystery Boxes as well as the Loot boxes are gambling. The two Youtubers want to appeal especially to younger viewers as the Influencer, which raises even more questions.

Jake Paul is supposed to be 21 years old. It is an American Youtuber, which was previously known via the video platform Vine. His humorous Videos have generated millions of Followers. He became even more famous through contracts with Disney and a Rap Album.

Bryan “RiceGum” Le is 22 years old. He became known on Youtube mainly because of his music videos. Several billion Times, his Videos were viewed. He made a breakthrough when a commercial was broadcast by him for Monster headphones during the Super Bowl.

What are Mystery Boxes?

The Mystery Boxes as on mystery-boxes.com has been around for some time. On the website you can Choose a Box-category (women, men, or toy) and a size. The bigger the box, the higher the price. You get the box then sent. It contains an item worth between $ 20 and $ 1,000. This original Form was planned as a gift box, if you do not know what to give someone. Meanwhile, however, there is a real Hype around the boxes, as they receive more and more the character of gambling.

How does such a purchase on mysterybrand.net

The website mysterybrand.net go one step further. The website has many more categories, with boxes. You can see all the items that a Box can contain. For example, there is an Apple box for $ 14.99 (around€13). This can include a simple iPhone 8 case, power cable to a new Apple iPhone XS a MacBook Pro or an Apple Retina 5K 27-inch iMac. The range of the value of the items ranges from a few Euros to over 1,000 euros.

If you want to buy a Box, you first need an account. The registration is done either via your own form, but can also be done faster via Steam, Facebook, Twitter or Google+. Payments can be made via credit card, Skrill, Neteller, Sofort, UnionPay, G2A Wallet, Bancontact or Bitcoin, whereby the money must first be transferred to the Account. Only then can you buy boxes.

After the purchase you can open the box immediately. A random generator is responsible for assigning the price. However, it is time and again criticized that the users relatively expensive prices for low stakes are put into perspective.

After receiving the prize it is possible to decide whether to send the prize or to sell it. You get a small percentage of your stake in rivets and can then buy more boxes.

We talked in the Team about the System and introduced it and as with a virtual raffle. Julian said that it would be no different with Counter Strike: Global Offensive Loot boxes. Unfortunately, we cannot prove it, and we rely on our experience with the site.

The rivets are back to Hiking after the sale, certainly in the draw. The number of rivets will, therefore, be significantly larger, if the good prices are out. At some point has dropped the Chance at all to get a big price to zero.

The website itself is so intransparent that nothing about the chances of winning becomes known. You know only what could be included in the Mystery boxes, but not how many times the winnings in the pot. At this point, it should be borne in mind, however, that not too many Apple-iPhone-XS (original price currently 1.099 Euro), MacBook Pros (new price in the simplest embodiment, 1.369 euros) or the Apple Retina 5k 27-inch iMacs (some of 1,884 euros) can be an advantage in a Crate, if you pay 14.99 dollars (about 13 Euro). Or there are accordingly many rivets available, so the action is worth the organizer again.

After I mentioned the website in a team meeting, Matthias wanted to buy these boxes myself. So I registered there and tried to pay in. However, there was an error during the deposit, my account was blocked and I could not make another attempt to deposit. I have had contact with the Support via Mail after 3 days. They told me there, that now all deposit options are blocked, except on G2A Wallet. My Deposit was, therefore, never accepted.

Matthias and Counter had tried it shortly after my failed attempt. Matthias had paid 50 dollars (about 43 euros)and then bought the various boxing. Sometimes you had good stuff you could then sell for a higher price, but most of it was garbage. A bit funny when selling, that you get a price for the goods and there is additionally a Cashback for sale. The two amounts may, in rare cases, also a Plus compared to the purchase price. However, since you can not pay out the amount paid, it does not bring anything.

The website itself is held in bad German and Matthias could not win an Android Smartphone or an iPhone. In a Christmas-Box, however, there was money as a prize. At the end you have to open boxes with a digital cutter knife until you have no more money. The prices can then be sent or resold. But be careful when sending:

Shipping costs for each product will be charged once more. Although these are usually only a few Cents, but still you should remember, if you want to send products.

Strong criticism of the Webe Offensive

Jake Paul currently has 17 million subscribers, Bryan “Ricegum” Le at least 10 million subscribers. They describe in their Videos the concept of Mystery Boxes as particularly exciting and profitable. Through the sale and further purchase, the influencers promise the audience a Win-Win Situation that is not present.

In the comments you can read a lot of criticism. For example, Sean M. wrote about a Video:

This is gambling. Jake paul is a coward with sheep mentality. Such a petty life.
At the moment, the English-language media are talking about the Youtuber, because they ultimately make advertising for gambling. As they serve a minor clientele, the criticism is much more intense. A little surprising is the whole Situation, however, since some YouTubers have been promoting the site for several months.

In Germany, by the way, there are also Youtuber, The Mystery Boxes buy via Ebay and make the whole System so a little more known. The topic could therefore also be published in Germany in the future.

In several Videos the Youtuber Puuki also illustrated the system of Mystery Boxes. He bought different boxes on Ebay and unpacked them. He even looked at the Videos as Comedy, and had said at the end that he had Packed the boxes himself. So he didn’t really buy them. Here is an example when he allegedly bought Mystery Boxes worth 50,000 euros, the Video was online 4 months ago and already viewed more than 400,000 people, which is no wonder at his more than 450,000 subscribers.

The gambling State Treaty in Germany defines gambling as follows:

A game of chance is when a fee is required in the context of a game for the acquisition of a chance of winning and the decision on the prize depends entirely or mainly on chance. The decision on the profit depends, in each case, by coincidence, when the uncertain occurrence or outcome of future events is crucial. Also, bets for compensation for the entry or exit of a future event are gambling.

You have to buy a Box and only then you can see what you have received. The prize depends in any case on luck and cannot be influenced by the player. Thus, the facts of gambling are clearly fulfilled.

If you can purchase these on Ebay from a private seller, should immediately ring the alarm bells. Ultimately, almost everything can be sold on Ebay, and you never know 100% whether the seller is a swindler. For this reason, I’m actually inexplicable, why people should buy such boxes there.

The Online websites which offer the boxes in a larger style, are the next level. However, I find it somewhat questionable that there is a random generator used, but no regulatory authority for it has to issue any gambling license.

You buy the cat in the bag here and the danger that you lose a lot of money is much bigger than in any Casino. Therefore, you should not visit or even use such websites.

So please make a bow around the providers and don’t let such YouTubers advertise with good prices or Win-Win situations lead you astray. In the end, the Portal must somehow earn money, therefore not all can win and many users will lose.