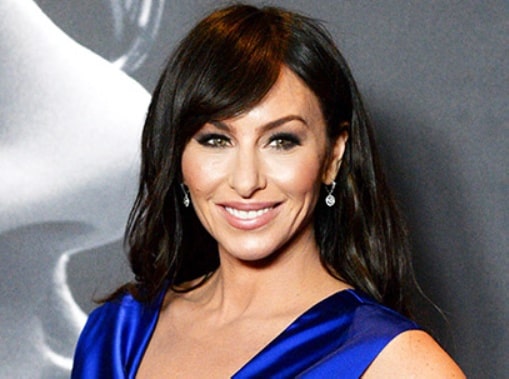 The Film “Molly’s Game-everything on a map” started on women’s day in German cinemas. From the Hollywood strip you can think what you like, but for me it was reason enough once to do research on the real Molly Bloom. How did she come to the Hollywood poker underground scene and organised illegal card games for the richest people in the US?

She was born on April 22, 1978. She grew up in Loveland, a city in the U.S. state of Colorado. Her father, Larry Bloom, was a clinical psychologist and Professor at Colorado State University. Her mother, Char Bloom, was a Ski and Snowboard teacher as well as a professional fly fisherman with their own sports clothing brand. Her brother Jeremy was an Olympic Ski rider for America and played American Football for the Philadelphia Eagles and Pittsburgh Steelers. Her other brother graduated from Harvard Medical School and became a surgeon.

She was also a professional Ski rider and even in third place among the best ski athletes of American women. An accident in qualifying for the Olympic Games and the subsequent injury caused her to end her career. She studied economics at the University of Colorado Boulder and was under family pressure to be successful.

The way to the world of High Stakes Poker

Molly had released herself in 2003 one year after she had a Bachelor’s degree in economics and wanted to join a law degree in Havard (the place was already certain). She went to Los Angeles where she worked as a waitress in a cocktail bar and assistant to the real estate company Feinstein. He was co-owner of the Hollywood nightclub The Viper Room (in the movie the Club is called the Cobra Lounge). He is standing on the Sunset Strip in West Hollywood and even belonged to Johnny Depp for a certain period of time. It was also the place of death of River Phoenix, who died of an overdose in 1993.

One day, Feinstein told her that he needed help in organising a poker game. He was asked by Tobey Maguire, to organize a High-Stakes poker game in the basement of the club. She then searched the Internet for what kind of music poker players listen to and what they eat during the game. You created a CD Mix with Songs like The Gambler by Kenny Rogers, and the other rather clichéd titles. She grabbed a sweet Outfit and a cheese plate and then entered the poker room on the evening of the game. In a Talk Show, she summed up the moment as follows :

I went in this room and it was incredible. In that Moment, I realized what a great opportunity this is, the get a girl from a small town in Colorado. There were Wall Street titans, billionaires, actors, the famous people we see on TV, the politicians, and they All sit around this table and play this game, I didn’t know what it is, but it seemed to be for you to be irresistible.

That evening, after all, gave her 3,000 dollars of tip money. At that time, she found a lot of money for her, which made her even more fond of playing poker, and tried to find out as much as possible about it through her own research. She quickly forged contacts and alliances and was able to bring the players to her side when she was fired by her boss. From then on, she held her own games in luxury hotels and served champagne.

In it Feinstein was, by the way, really quite capricious and spirited. The Film scene in Molly is screamed because she had “Bagels for arms” comes from her book, which tells her story.

Molly began its own business in 2007 and registered Molly Bloom Inc. It was an Event and Catering company that organized the poker games. In 2008, she began to switch from Clubs and basements to Hotels. She used luxury Locations like the Four Seasons, the Beverly Hills Hotel and the Peninsula. Molly started with Games for 10 people with a Buy-in of $ 10,000, and later increased the participation fee to $ 250,000. The selection was quite strict, it was not allowed to be professionals – only amateurs were allowed, so that it is balanced. She was soon regarded as “Poker Princess” and some of the Stars considered it a special award to be allowed to play with her.

She herself described that her travels, cars, gold bars, or payments over $ 100,000 were offered, only to allow you to participate in the poker game. It is therefore not surprising that it earned about $ 4 million a year in the peak season.

Who played her Poker?

In her memoirs, she kept the poker players top secret and only mentioned the celebrities, which have already become known by the media and were already on everyone’s lips anyway. They included Stars such as: Leonardo DiCaprio, Tobey Maguire, Ben Affleck, Matt Damon, Macaulay Culkin, Alex Rodriguez and Pete Sampras.

Except for her, there were no other women at the games. She once said that they never asked. It was also better, after all, the Poker is a men’s world, about which women probably prefer not to know. Molly told, for example, that Ben Affleck was once asked about Jennifer Lopez’s butt. It was normal that she was at the games, the men did not disturb it and she herself did not want to stop such stories. It was part of her emotional intelligence, her strongest weapons she had read in her audience.

She herself has rejected every kind of tribulation and suffocated in the bud. At first it was a bit more difficult, but since she set the player lists herself, there were no problems. Polite compliments were, of course, allowed.

In her book, she goes to court with Tobey Maguire (in the Film called “Player X”) hard. He had introduced many rich players into their round and had such great influence. Molly describes a scene that had occurred after a very lossy night for Tobey. She was supposed to climb the table for him and bark like a seal, the fun he would have probably cost 1,000 dollars. She refused – he asked if was too rich. She continued to refuse, and subsequently a power struggle between the two was sparked, so Molly had to move her Business to New York at the end, where she tried to inspire the bankers for poker games.

The shadow side of the poker game

She got problems with the Mafia. For safety reasons, she had hired a driver to introduce her to some friends. The gangsters have offered their protection for some of the profits. When she refused, a man with a gun came to her. He tore up the apartment door, threatened her, and took money and jewelry from her. He said he had been sent by a mafia boss, and that she will be contacted again so that a meeting can take place-that never happened. Molly later read that 125 people were arrested in a large-scale mass reunion by the FBI.

In the end, her life became more and more out of control. She took drugs, was sometimes 5 days awake without sleeping. In addition, greed for money and power increased. In your book, it is :

I was dependent on money, dependent on power. [ … ] I should be Poker in New York, in Los Angeles, Miami, Vegas, Europe.

She was at some point not only the organizer of the games, but became a Bank. They gave loans to players, and learned how to do background checks, so you could be sure that the debts will be paid. In the end, she went so far as to claim a portion of the pot as Las Vegas did – it exceeded a federal law and now organized illegal poker tournaments.

The FBI got Wind of the whole thing

The FBI has noticed something about the whole thing in 2011, because the hedge fund Manager Bradley Ruderman used a Ponzi System. He had lost $ 5 million of his investors in the poker game. He paid 473,000 dollars of debt to Molly Bloom with his Bank’s money. However, when the Bank had payment difficulties, the bankruptcy administrator Molly Bloom sued for the sum. She argued that she had something to do with illegal gambling and the Ponzi System. However, she was found to have received at least 19 remittances of 57,500 dollars into her account from 2007 to 2008.

The Ponzi System is sometimes referred to as a snowball system, but this is not entirely correct. Both have in common that the number of participants must increase exponentially. The contributions of new participants always cover the profit distributions of existing participants. Important difference: in the Ponzi System, investors, the creators of the system are known, while the sources of profit distribution are obscured. The other way around is the snowball system.

In 2011, the group of Hedge fund investors included in Ruderman’s Ponzi System sued many of the prominent poker games because they had won funds they owned.

In 2013 Molly Bloom was arrested as part of a money laundering and illegal sports betting Operation with 33 other people, she was the only woman. He said that 100 million dollars had been washed by the systems. Preet Bharara was a U.S. attorney and accused 12 of extortion, all others were responsible for money laundering, fraud and illegal poker operations.

What punishment was there for the offense?

When she was initially charged, she could have been sentenced to 10 years in prison and at least $ 1.5 million. However, the trial lasted until May 2014. Her lawyer, Jim Walden, was able to prove that she was not so involved in the whole story with the Pozi System and money laundering. In addition, her lawyer had $ 125,000 of the poker winnings deposited in her plea. Overall, after a confession, she received a relatively mild verdict of one year on probation, 1,000 dollars penalty and 200 social hours.

The lawyer in the movie Molly’s Game (Charlie Jaffey) is a purely fictional character. Aaron Sorkin, the screenwriter, did not want to have to keep too much to the historical events at the negotiation and can prepare these rather dramaturgically for a Film.

Meanwhile, she lives again in Colorado. About your life as a Poker Princess, she has published a book and is now trying to write another. She had successfully completed therapy against alcoholism and drug addiction. Aaron Sorkin was responsible for the filming of her book and has probably kept relatively close to the template, the names of the celebrities and the Clubs were changed in part.

Molly Bloom is no longer a Poker Princess. Even she as a “Bank”could not always win. This case shows once again what greed can make people and how quickly you lose a lucky streak.