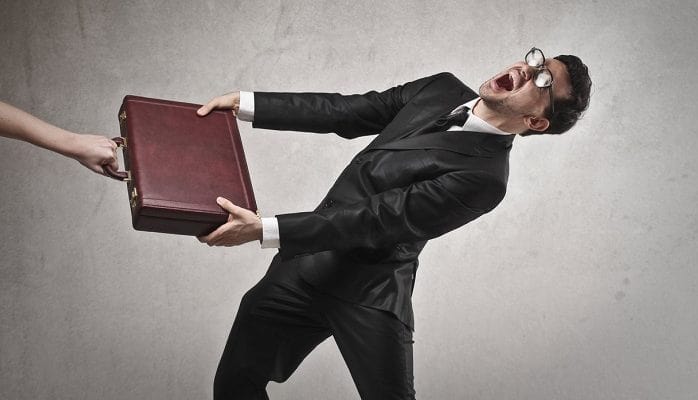 In Ludwigsburg in Baden-Württemberg, a man had just before Christmas entangled his money in an arcade and then deceived a robbery, so that he does not have to tell his family the truth. Now, police investigations revealed that the man had only thought up the crime. Frighteningly, this is not an individual case.

In the Forum there was often the question of how to deal with high losses. Some people seem to come up with the idea to conceal the losses and instead to finger a tangle in a robbery or theft. There is a diverse list of such cases. I would like to briefly present a recent case here and then describe what has happened in the past.

If this is a strategy to deal with the loss, it can already be said that it is not a good idea. So please do not imitate!

A 50-year-old man had turned on 22. On December 12, 2018, it was reported to the police in Ludwigsburg. He specified that at around 9: 50 at the station he was attacked by three unknown men. The perpetrators would have stolen him the wallet with a four-digit amount. The story of the man showed some inconsistencies, so the case was not published for the time being.

The investigation revealed in the new year, that the man had mistaken the robbery only. In an arcade at the said station, he apparently had a lot of money wasted. Since he didn’t want to tell the family the truth, he briefly invented the Story. The police got the false statement on the sneeze, because the security service of the machine casino recognized the man and gave the police the tip. The man must now be responsible for pretending a criminal offense.

Unfortunately, the invention of a criminal offence to cover up losses is not an individual case

In my research, I have found relatively many reports of false offenses that only served to disguise game losses. In the following, I would like to briefly summarize some of the cases of recent years.

25-year-old man is deceiving a robbery in Bavaria

A 25 – year-old man had faked a robbery in the district of Cham in eastern Bavaria. He had indicated to the police Waldmünchen, on 8. Three men took up the situation in a forest area close to the border with the Czech Republic on 15 August 2018. He probably just came back from the neighboring country and wanted to take a short break. The men would have overwhelmed him, which is even a violation in his face. In addition, the watch and a high three-digit amount has been stolen from him.

When the report was received, the officials had already found out that there were inconsistencies, but handed over the case to the Regensburg criminal police. The border officers ‘ office in Furth was responsible for the investigation.

By re-questioning, cooperation with the Czech police and intensive investigation at the place of the alleged raid it became clear that the descriptions had to be invented freely.

After some time, the 25-year-old man admitted the lie. He had played in a casino in the Czech Republic and wanted to hide the losses from the life partner.

A pizza delivery man reports robbery in the district of Würzburg

The police was on 27. On December 12, 2016, a robbery on a playground in the Wilhelm-Hoegner-Straße in Estenfeld was called. Against 22 o’clock, two men had allegedly lured a pizza delivery boy there. They stole the operating money exchange and then fled on foot. After extensive investigation, the 22-year-old pizza deliveryman, to have the case with a 19-year-old accomplice invented. The company’s money had been spoiled in an arcade.

Man from Bad Neustadt playful and 150 euros, and reports a theft
In Bad Neustadt in Bavaria, a 32-year-old man on 24. On February 22, 2016 at about 22 O’clock reported a robbery by two “bums” in the afternoon. The two people would have kept him a knife and demanded his money. They disappeared with 150 Euro. The officials were already funny, that the man only about six hours after the ACT reported the incident. Research has shown that the man would like to be in the game halls and would also have problems with the control of the stakes.

In the interviews, the man got caught up in contradictions in the descriptions of the perpetrators, after all, he also admitted the false statement and pretending to be a criminal offence. An employee of the arcade, in which he was on the said Day, confirmed that he was in the slot casino and had spoiled 150 euros.

A 29-year-old bus driver from Duisburg had arrived on 13. A Tour into the Münsterland took place on 15 May 2016. After returning, he is said to have been robbed by a three-headed gang on the company premises of the bus company where he was employed. The alleged robbery is said to have occurred in Paul-Esch-Straße in Duisburg.

The bus driver could describe two perpetrators. One of them would have kept him a firearm and demanded the money to be handed over. The perpetrators then fled on foot. During the interviews, the man was also entangled in contradictions and had to admit the fraud at the end. He also stated that he had spoiled the money in gambling.

In January 2009, a betting office in the city centre in Oberursel is said to have been ambushed. After 13 months of investigation, it turned out in court that a couple had staged the incident. At the time, a 31-year-old woman was working in the betting office and collecting daily earnings. Than 4,600 Euro in the cash register, took the money and instructed her 46-year-old husband to lock you in the toilet.

Nobody heard the woman’s screams. In addition, the officials at the time suspected that the woman had calmed down very quickly after the liberation. The husband was a parcel driver and did not work that day, even though he had indicated something else in his statement. He should also have been a regular customer in the betting office and often lost large amounts of money. In the eyes of some customers of the betting office, he was considered a gambler. In addition, they have found 3,700 euros in his apartment. The denomination had been in the division for the acceptance of bets place are similar.

The court in Bad Homburg decided that the evidence is a clear picture. Both spouses were sentenced to fines in the amount of EUR 2,250.

Conclusion: pretending crimes is not worth it

All cases show the same picture: The Fake of robberies or other crimes to cover-up of losses by the gambling is not worth it. However, the question remains as to why the players come up with such ideas.

In the end, they must be responsible for pretending crimes. This can be a delicate fine, but also imprisonment of up to three years is possible. Pretending crimes is therefore not a good strategy to cover up game losses.