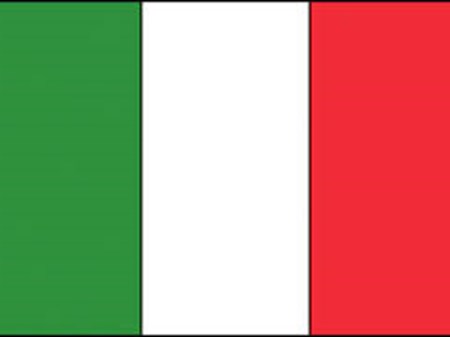 In addition to the extensive advertising ban on gambling providers, online and Offline providers are expected to pay more taxes in 2019. It became known that already in the end of last year, growth in the field of sports betting. Here is a brief report on the Italian gambling market.

I had already reported in July 2018, that Italy wanted to prohibit any type of gambling advertising. This includes Sponsor partnerships with football clubs. At present, however, Casinos and bookmakers in the country have much more difficulties with the tax increases that will come in 2019 for gambling operators.

The European Union was a few weeks and months on confrontation with the Italian government. This was due to the government’s budget, which provided for a deficit of 2.4% of Italian gross domestic product in 2019. The EU did not agree with this budget and insisted on improvements. The tax increases, also in the field of gambling, are now intended to ensure that the government budget deficit is reduced to 2.04% of GDP in 2019.

What will change in Italy?

From 1. As of January 31, 2019, iGaming licensees in Italy are subject to a tax of 25% of the gross gaming revenues (turnover of Online Casinos, whereby the winnings of the players are already deducted). This is true for Casinos and Bingo providers on the Internet, this is an increase of 5%. For Online sports betting providers, taxes are raised by 2% to a total of 24% of gross gaming revenues.

Offline sports betting providers also have to pay higher taxes. Here, taxes also rise by 2% to a total of 20% of gross player income. Virtual Sports are also affected, 22% of taxes will have to be paid in the future. In the same breath, money players are taxed by a further 1.35 percentage points, here are now 18.85% of the gross player income due. In the case of video lottery terminals, the tax increase is only 1.25%, so a total of 6.75% will be charged.

In Offline mode, payout ratios for gaming devices were reduced to 68% and for Video lottery Terminals to 84%.

The European Commission had initially rejected the government’s budget, but the changes made in the last days of 2018 are satisfied. At the end of the year, the follow-up work was carried out relatively quickly by the Italian Senate and the House of Representatives.

What impact does this have on gambling operators?

The Italian government hopes for revenues of more than 770 million euros per year through the tax increases. In doing so, most of the money will probably be generated via the Offline Casinos and gaming halls. Deputy Prime Minister Luigi Di Maio called the gambling sector in Italy as “the best taxed in Europe”. For him it was the ultimate goal “to take money from those who had taken too much money to the Italians in recent years”.

Playtech is currently moaning loudly about the tax increases. The software manufacturer has expanded its presence in Italy and has taken to the game for this purpose, the happiness company Snaitech for a billion Dollar (approximately € 870 million).

Playtech announced at the beginning of last week that the profits of the entire year will probably be reduced by 20 to 25 million euros. This was a terrible blow, especially as one must expect further losses in the gambling sector by the Prohibition of gambling advertising through Sponsoring. Playtech’s share fell by 7% after the announcement.

What will the Online sports betting market expect?

The gaming turnover of the Italian sports betting market in 2018 was just under € 1.5 billion, but it has already been shown that the pace of growth was strong compared to 2017. The Italian regulatory authority Agenzia delle Dogane dei Monopoli had now released Figures that show that in the year 2018, the provider could generate a profit of 1.448 to billion euros in bets. A total of € 10.9 billion was spent on betting, an increase of € 1 billion compared to 2017.

However, it is striking that the Online market has risen by more than 44.5% a year earlier than in 2016. The 2018 World Cup had hardly any effect. Experts therefore believe that the Italian market has reached its peak.

More problematic, however, is the fact that annual growth fell dramatically in December 2018. Total revenues fell by 55% to 96.4 million euros compared to the same month of the previous year. Offline betting was almost 66% affected, while Online betting was only 43%.

It was somewhat surprising that Online Casinos were visited and used more frequently in December. Sales in December rose by 20.3% year-on-year to 70.5 million euros. This is a new market record for Italy. A profit of EUR 710 million was recorded for the entire year, an increase of 25% compared to the previous year. PokerStars was the leader of the Stars Group. It was followed by Lottomatica.

Online Poker, on the other hand, declined significantly, so that the total annual turnover here was only 65.2 million euros, which is a minus of 6.7%.

Conclusion: many changes and a changing market

The Italian government is currently trying to Profit from the Online gambling market. Overall, tax increases will reduce operators ‘ profits and thus weaken market growth. Whether the ambitious tax targets can then be maintained will become apparent in the future.