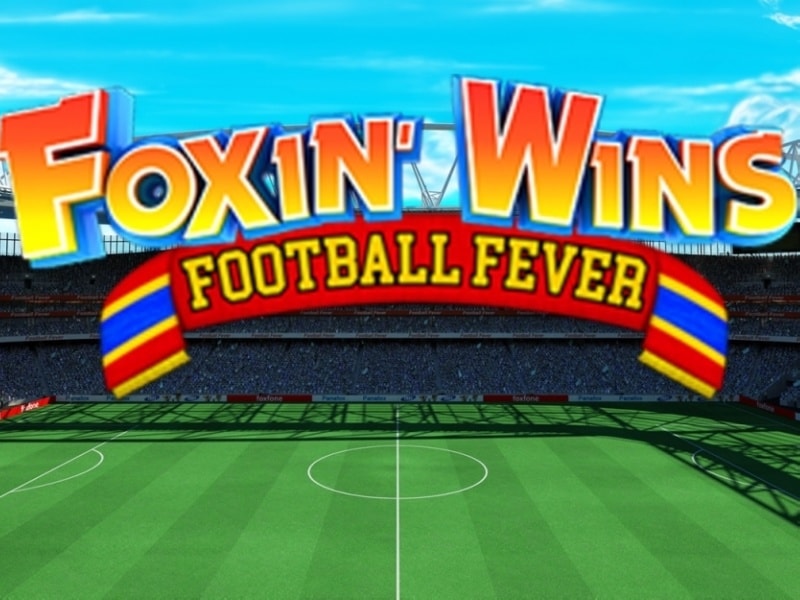 Foxin’ Wins: Football Fever Launched Ahead of the World Cup

Fans of the beautiful game and online slots rejoice! Just in time for this summer’s World Cup, NextGen Gaming has released an exciting brand new slot game with a football friendly theme. The gaming software provider has added another chapter to its successful Foxin’ Wins series with the unveiling of Foxin’ Wins: Football Fever.

Available at Casino-X which continues to grow more popular with each new development, the game will no doubt reach football aficionados. Fans of the well-known Foxin’ Wins brand, as well as players who enjoy frequently triggering features and fast-paced gameplay will love this addition.

A Quick Scope of the Action

Players are greeted by the colorful titular fox main character dressed in a referee outfit along with his family as they leap across the screen and pop up at various times during the spins to reveal a host of different bonuses and fun surprises. All this set with a football stadium backdrop keeps playing in the winning mindset.

As NextGen Gaming’s official guide for the game states:

“Foxin’s latest escapade, with its bright skies and sunlit stadium goes ‘Fox in Glove’ with this Summer’s biggest cultural and sporting event, but NextGen have cleverly designed the skin so that it is just as applicable to the finals season of the regular Premier League, or whenever it is that your particular country stands still for its latest football fix!”

The game consists of 25 lines and five reels picturing a vibrant display of action and bright colors on each spin. The game grants special extra Added Wilds on the Centre Reel and players can increase the SuperBET to get Added Wilds on up to five reels. As the official game guide notes “More Added Wilds means More Wild Wins!”

There’s also a thrilling opportunity to win free games and keep the match going into extra time. Players will win 10 free games when a player can manage to land three, four or five scatters on the same spin. All prizes in these games are doubled and the chances to land Added Wilds are increased.

Finally, there’s even more added bonus features such as Fox Funds which gives the player’s balance an instant boost when unlocked on any spin. There’s also a Leprechaun Shakedown mode where if the Leprechaun is captured a bigger bonus prize is given out also on any spin.

More of the Nitty Gritty

Casino-X players can wager of a minimum of 25 to 50p and a maximum of £62.60 to £125 with 10 to 20 free spins and a 2x multiplier. The Max Jackpot is a whopping 100,000 units that remains constant as the game offers no progressive jackpot. There is a mobile version available along with the tablet and PC options.

The game is adaptable to annual seasonal promotions for football events and championships meaning its value will be consistently invigorated year-round even after a new World Cup champion is crowned this summer. It’s all-in-all a refreshing new take and presentation of what’s become a classic brand and is more compliant to the demands of the market than your standard football themed game.

Foxin’ Wins: Football Fever is a prime example of a great capitalisation on a market that will only get more and more attention up until the first game kicks off in Russia. It’s definitely worth a look on Casino-X for those looking to catch the fever early.

Along with it some other great NextGen titles to check out are The Lab, Pandamania, Miss Midas and Judge Dredd.