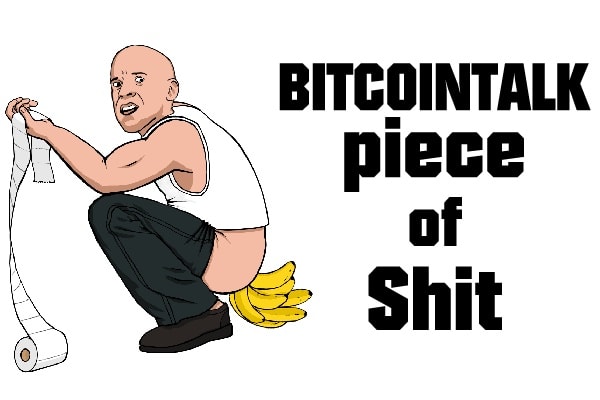 Today everybody knows about the crypto currency, but not everyone is able to clearly formulate its concept. The latter refers to those members of the crypto-currency community whose work experience is not large enough. You can find the maximum amount of information on BitcoinTalk forum, – so, at least people think, and in fact you will not see anything there except scams, spam and fraud.

I am at the forum bitcointalk.org recently, I have just came here just because “friends on the shop” enticed me into the world of crypto-currency. I’ve never been a trader or as they are there … I’m a typical waiter that likes to buy and doing nothing to wait for profits. On the advice of all the same “friends” typed Etherium 55 units (for $ 330) and very quickly tripled the bank, of course I climbed on and got into 2 ICOs, and there and there I made only x2.5 and sold tokens … from fear ))) The profit grew, and interest in the subject grew. It would be foolish not to register there, because in crypto currency I’m a complete noob, full of the word at all … And Bitcointalk, probably the most famous resource in the subject of crypto …
If you do not smear snot and describe in one word my impressions, from what I saw here – fucked up! If two words – then a full fucked up. Instead of useful information and tons of experience, I saw only Thrash, bots, bounty hunters and total anarchy.

“Most of the online forums resemble toilet bowls in prison cells, they are suitable for transferring important information, but, in general, they are shited there.”
—People

Today, the forum has simply prohibitive indicators, which will envy the resources from a variety of niches. But why, then admins, modernists and other people of Themos forgot about what “economy” requires due regard and effort.
And at such popularity and relevance of the resource, we can see a real dump from spam and scum. I was asked by one high-ranking user of these days here in a private message, why am I here? And I could not even give him a sensible answer, because I could not tell him that there was a lot of useful information, that I was here to get smart for free and experience an invaluable experience … there is not this … As it turned out, I here, only because I have tons of free time (I’m unemployed) and I only have a couple of friends, and those are called Hrumer and Doren. (who understands, it will do without explanation.)

It even became uncomfortable for me that I’m an adult I can not answer a simple question. And then I thought that it would be inconvenient only to smother someone else’s mailbox, and if he hangs on the other side of the fence, and forgot.
—– 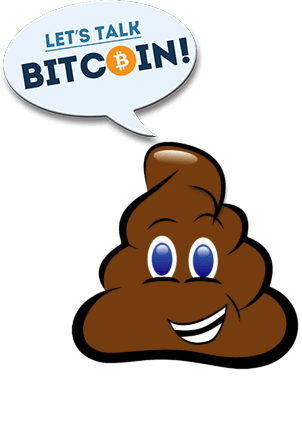 Well, ok. Such an innovation, well, dick with it … Someone likes it, someone does not, and who does it in general … It does not solve any problems, just to not add new ones … Much more effect would had a ban on multi-accounts. Technically, it’s simpler than that, you can even write the software itself, which sows the eternal cookies that the fuck will remove without winding up windows. Or in the light version, the demolition / reinstallation of the browser … Yes, this is illegal in many countries, but we are at the crypto forum, what are the laws of dick? Getting rid of the herdsmen will immediately get rid of “self-lanes”, barygs and other biomass. Biomass, which would perfectly play the role of fuel, for bioreactors.

In general, those who have a pack of accounts, and himself throwing merits, I would compare with a cat, who himself licks his eggs … Such a comparison, but close in confusion. And if these are not burned in the bioreactor, then we must at least give out a permanent ban, and at the most high-rank account.

Anybody can’t calculate how many heart attacks have been received from the red trust, some are painted deservedly, and some are not … There is no control for changing in the trust, nor is it the distribution of the same merits. I roughly understand that one can feel the Legendary, which some schoolboy, hunted bots and abusing bounties of companies, paints trust … And non-humans are people who beat records on reports and painting trusts are unknown who and it is unclear from what … they rape children at night, and then righteousness itself … Also not right …

The theme from the sections of offtopic, political and other garbage have more views and posts than cryptot-topics, in which there are useful letters or even their combinations. That’s where everyone is fighting for the measure … For some kind of mythical reputation …
Merit – The deity of the carmadrochers, completely replacing the activity counter. BitcoinTalk, using the reputation system (merits), makes it clear that the administration is profoundly independent .. for moderation of users. And this function is donated to their own hands. In the signature of the carmadrochers, it is written something like «If I helped you, then put a plus» and other fuck.

Trashtalk.org is a more suitable address for a resource that has fallen to the very bottom. And something tells us that this bottom is about to be pierced. If you are sitting on the Bitcointalk forum then I think you know everything perfectly. If you agree with us – share a link to the article with your friends or like-minded people

2 Replies to “Bitcointalk – Piece of Shit”

ahah)
Peace of shit and too much bounties with shitcoins! ) xD